I often get requests via EMail, sadly I can’t answer them all but I try to pick some interesting stuff which I can explain here in detail. In general, if you’re looking for a good and solid VPN router, you can’t go wrong with Asus because they offer a great lineup of VPN-ready routers – from cheap to very high-end prices.

END_OF_DOCUMENT_TOKEN_TO_BE_REPLACED

OpenWrt was dead, then LEDGE was popping up, now back from the dead – OpenWrt. It began 2016 when LEDGE split from the original project, the reason was that there were unhappy with the source code management and other internals – the happy end now? LEDGE will be used as code basis from now on, there also new rules which will apply to the entire project. 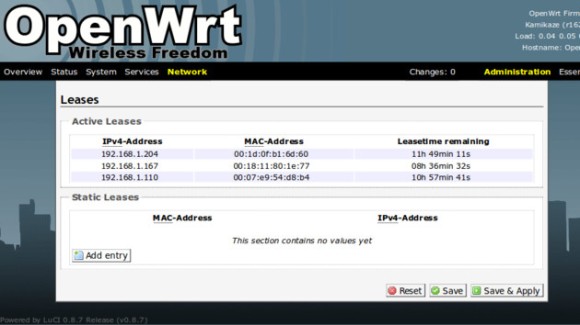