The secret is lifted,

Windows 10 Build 17133.1 seems the Spring Creators Update which is expected to be released (delayed). In case you can’t wait any longer here are all download links for the new Redstone 4 version. 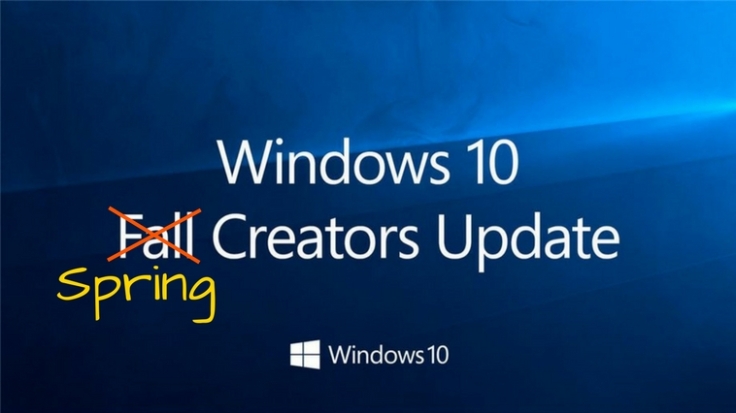 If you choose to keep all files the Program Files & Program Files(x86) folder and your user profile stays untouched, which means you don’t have to re-install any applications. The Windows.old folder will then only contain incompatible stuff like eg. old Realtek files which aren’t supported by Redstone 4 – until Realtek official provides RS 4 compatible drivers (the current are working for RS 4 but there getting ignored in the upgrade process which means they get copied into the Windows.old folder).

After you upgraded your OS to the Spring Creators Update you will only see an Edge Icon on your Desktop (which is new). The rest like your Wallpaper, applications and settings with the current profile stays untouched. This was a little bit bugged before but finally got fixed in RS 4.

WzT provides CLIENTCOMBINATED builds which means all versions are integrated, it detects your Windows version and then you can upgrade. In case you want to fresh install the entire OS you can choose during the setup process which version you want to install. Keep in mind that in case your Key is integrated into the BIOS the setup detect this and choose already the version which matches the key.

The overall installation or upgrade process is real quick unless you’re on a slow HDD.

I do not recommend to wait to install the update due security reasons. The new Windows Defender defense mechanism and fixes are too important to be ignored. A recent test showing that WD is now as good as Kaspersky & Co. Besides the EMET integration is really a useful feature. However, the decision is yours but I won’t provide any guides to ‘delay’ a Windows major update because it makes, in my opinion, no sense, soon or later you’re anyway forced to upgrade because other major updates are already near end of life.

Microsoft official says there no known issue, however, user reports saying other things. 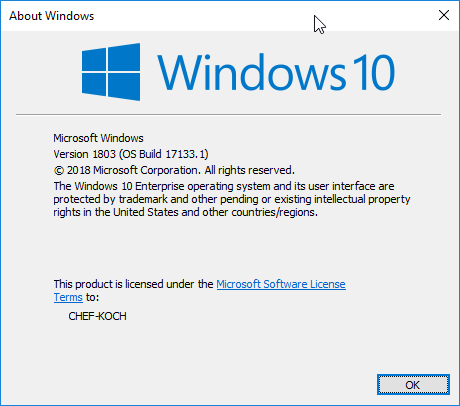 The following downloads are provided by the community, especially WZT, AdGuard and other known names, so all fuck… I mean credits belong to them. Thanks at this point (once again).

All other languages and versions are downloadable in official ESD files, via my Mega drive.

The new build seems stable enough for the daily usage, I had no issue, except that some incompatible (?) drivers were detected and deleted, this is maybe still bugged or for a purpose but it’s not a big deal to reinstall the drivers. I had in earlier major upgrades bigger problems with my applications which were removed during the installation process even if I selected “keep all files”, however, this seems to be resolved now and it took only 8 minutes on the SSD to install it. On an older laptop with a 5400 RPM HDD it took around 27 minutes.

This update brings several new security mechanism into Windows which means there is no reason to disable Windows Defender, instead if you don’t like it just disable the real-time scanning engine and configure the rest. The exploit protect is as good as other third-party programs and that’s really a big deal here since this alone can already lower the attack surface around 90% as shown on PWN2Own conference this year.

Microsoft seems to take a lot of effort in their major releases which I like, however some things are still annoying and I like to see more changes, the old stuff should finally die (in my opinion) and the setup should get more options eg. to choose what to install or what not.

The tabs function is still missing but it gets fully integrated at the end of the year with Redstone 5. However, I think this update is a lot of better than the previous Fail Creators Update and we will see what Microsoft is working on in the next 6 months.