Good news for security fans – I was already reporting that DNSCrypt Proxy v2 gets a second life – now Android also gets supported with an Magisk Module coded by bluemeda. The Module downloadable via the official Magisk Module Manager and the source code is available on GitHub. 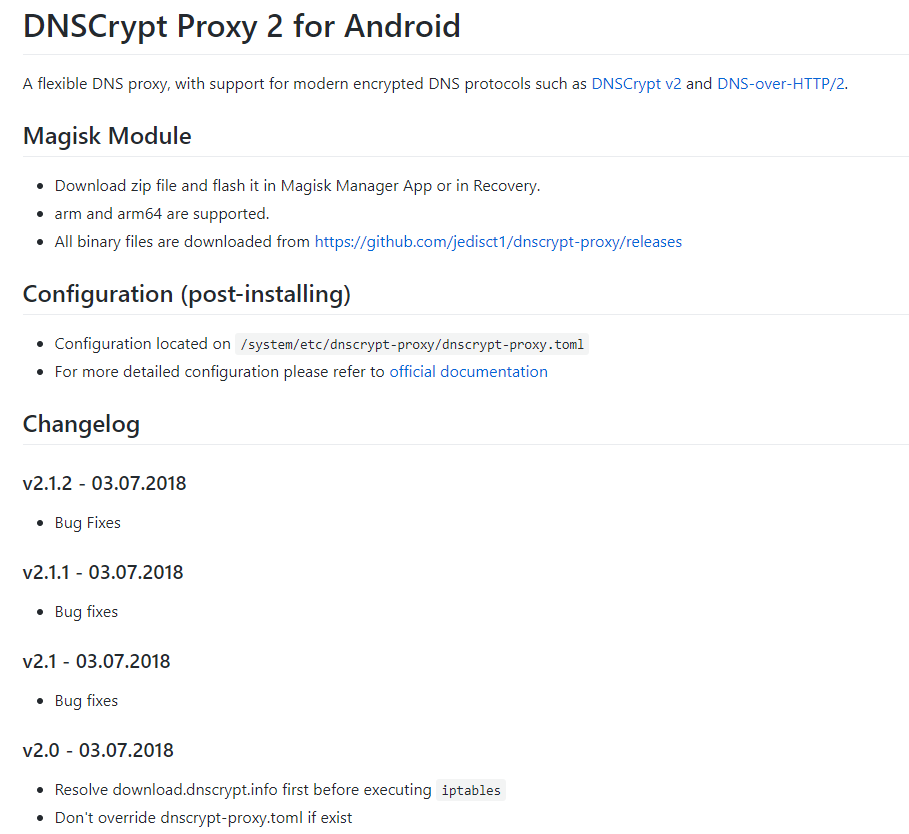 The install instructions (as you also can see on the screenshot) are given on the GitHub page. Like every other Magisk Module you download the Package you like to install, in our case the DNSCrypt Proxy 2 for Android package, install it and reboot your phone. Ensure the Module was activated and checked in the ‘installed module’ panel within the magisk manger and that’s already it.

Normally you not need to configure anything here, since the official binaries and configuration are used you could go with it – but you might want to tweak this because you like to use your own or another resolver to query the DNS requests.

In the case you like to change something you can open the /system/etc/dnscrypt-proxy/dnscrypt-proxy.toml file with any text editor, some file manager like Solid Explorer coming with an integrated viewer/editor to edit the file as per your needs. The things which are changeable are documented via the official documentation.

Another option would be to download the package manually, open it and edit the configuration manually so that after you flashed the package you won’t have to do the editing stuff in Android but keep in mind that whenever there is an update your configuration gets overridden unless you set it as ‘read-only’ in Android with your file manager.

DNSCrypt-Proxy v2 on Android? Hell, yes – count me in! Thanks once again to the community which are working very hard to provide us security affine people which such good things.