Nano Adblocker is based on uBlock Origin and comes compared to it’s original with a better Syntax highlighter, advanced filter viewer, timer bypassing filters and more. 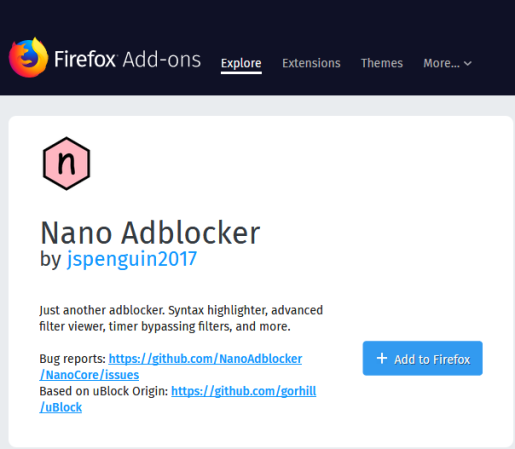 Differences between uBlock and Nano Adblocker

The project is relative young but already got a lot of attention and popularity. The upcoming and integrated feature list is mentioned here.

Know exactly why your rule is misbehaving

Get notified for common mistakes 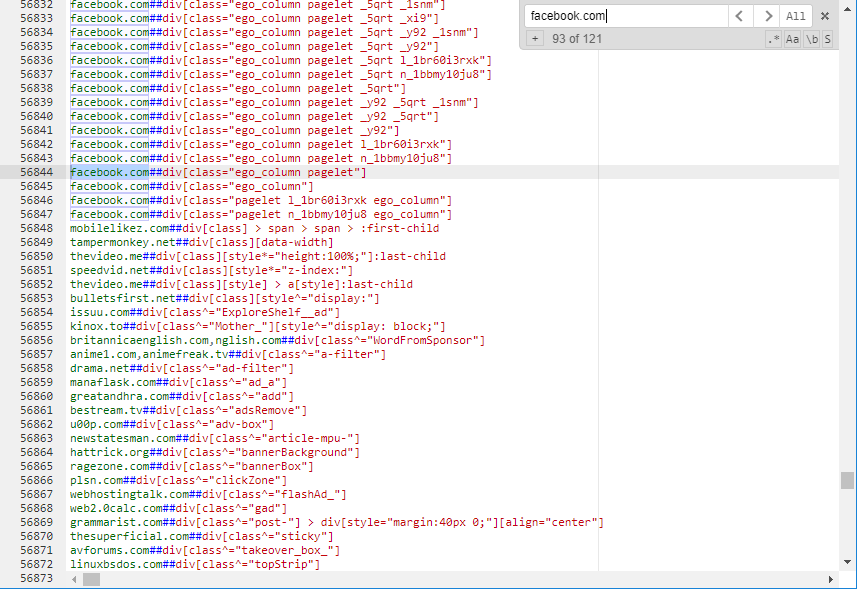 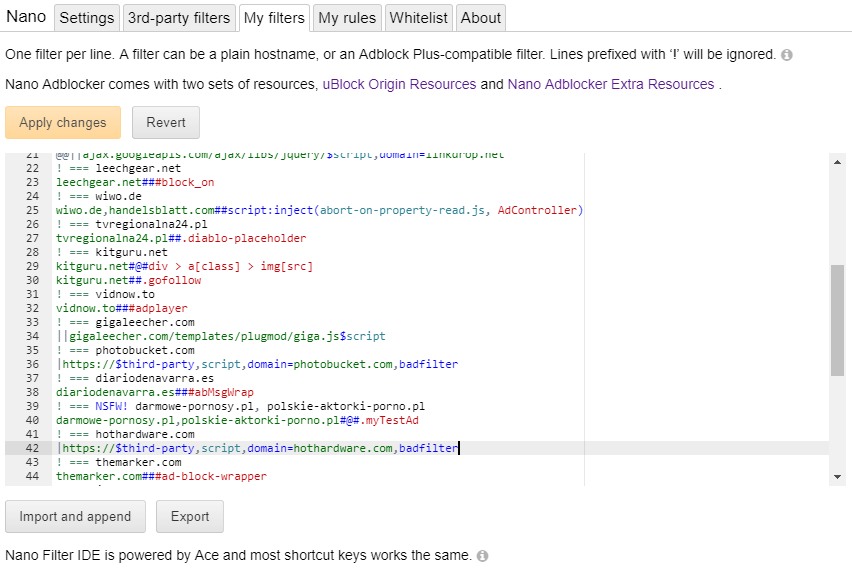 The focus is that you basically can work better with the filter rules which makes it easier to identify and avoid doing mistakes. Since it got some colors/syntax highlighting it is really easy to work with it compared to the original uBlock version.

Some more integrated filters and changes, there is a backward compatibility to uBlock so you won’t break anything if you consider to make the switch. The rest of the functions work exactly the same, since the original code gets merged into the Nano Adblock extension, so you won’t miss any new updates/features.

The developer of Nano Adblocker provides an optional framework test, which can be installed here on his GitHub repository. The test requires to build a Node.js running.

Similar like the uBlock Protectors list, Nano Adblocker comes with it’s own compatible extension list, Nano Defender which is optional, and also still under development. It provides Anti-adblocking mechanism to bypass the annoying warnings you see when you visit a page which detects your adblocker.

Nano Adblock doesn’t provide more functionally over uBlock origin but it does correct some things like the missing filter syntax highlighting feature which is a really great and useful thing if you work often with filters. Why the developer of Nano Adblocker didn’t worked together with gorhill to merge it into the original addon is beyond me and there is no information given but I see this alternative as something you should consider to take a look at.

The new integrated filters and the syntax highlighting makes the addon interesting, I will definitely keep an eye on it and will report over upcoming changes. The todo list is long and I’m curious if it really can compete against the original over the time and if gorhill may not adopt the functions soon or later, we will see.

I already made the switch and not regret it however the project is pretty young and as mentioned it will get more changes over the time, so I suggest you test it yourself first with a fresh Browser profile before you migrate/switch.