Well, one negative thing about patching the OS is that it might break other software/drivers, under Windows 7 several people reported issue with Sandbox in combination with the recent released Meltdown & Spectre patch. 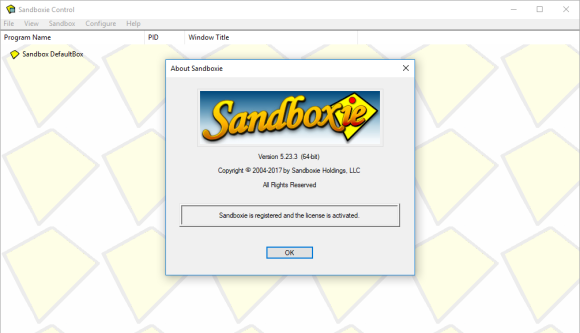 The latest beta fixes several problems which were reported in the forum. As much as I love Sandboxie the main problem is that whenever a Browser gets an update Sandboxie needs to merge those changes – which requires to update Sandboxie each time, this can be annoying especially if you test a lot of Browser nightly builds.

However besides the well-known update issue the software gets my recommendation since it exist, it’s one of the things which I wished would be picked up by Microsoft to integrate it directly into the OS because the security layer the program offers is unhackable. An attacker would require to manipulate the OS/driver first in order to compromise the product and that makes it really outstanding, I never heard anything (except some PoC’s) that the program ever got bypassed in the real world. In other words he would need to hack the OS first, then the driver and then the software itself.

The program is here and then on sale and totally worth the money, you get a real lifetime license and it’s uncomplicated to activate or to re-activate. I might write more about the program and how you work with it, because it’s not that easy (for beginners).